Flight simulators have become an important part of pilot training, as well as being used in the technical development of airplanes. Modern flight simulators simulate the aircraft’s movements and reactions to wind, air density, turbulence etc. in a realistic manner in order to recreate all sorts of aircraft control challenges for the learning pilot. Professional flight stimulators and their software are expensive and complex – far more so than the simulators for home or entertainment/game use. 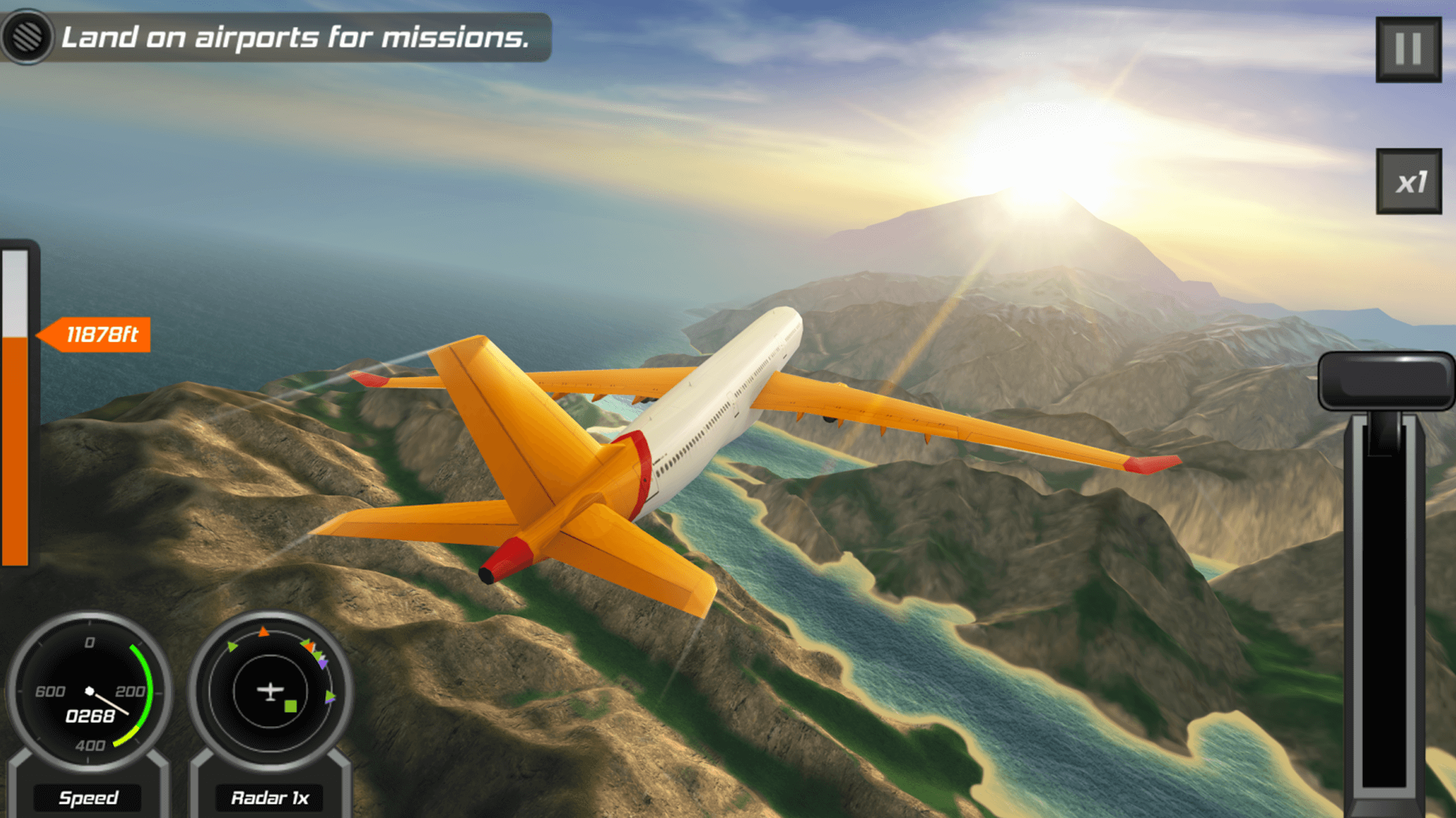 However, flight simulators are not a new invention; in fact their history goes back almost 100 years. The advancements in technology have of course improved the features of a flight simulator so that it is very realistic in terms of recreating varying flying conditions, as well as offering a similarly functioning control panel to those of real aircraft.

This continuous development of simulators has guaranteed them a permanent place in the training of commercial and military pilots.

The History of Flight Simulators for Pilots

Flight stimulators have been used in some form since the First World War, when it was used to train pilots how to shoot from the air. In the late 1920s the best known of the early flying stimulators, called “The Link Trainer”, was created. It didn’t take off until the approach of the Second World War (1939-1945) when 10,000 Link Trainers were used to train thousands of pilots from the Allied Nations.

Also, a night flying navigator was used to train pilots for World War II. Between the end of World War II and 1960 the first flight simulators for commercial aircrafts were produced. Since then the technology has naturally taken big leaps forward, making the modern flight simulator amazingly realistic in its re-creations of real aircraft flights. They are used widely and as an important part of pilot training, as well as in the design and research of aircraft.

Mastering the Art of Flying

The US Federal Aviation Administration and the European Aviation Safety Agency have determined different levels of Flight Stimulator qualifications for airplane and helicopter stimulator flying. The different levels and qualifications focus on different areas, situations and conditions, such as flying under extreme and catastrophic conditions with minimum equipment – which is understandably difficult to practise on real flights, and hopefully something a lot of pilots don’t need to face. 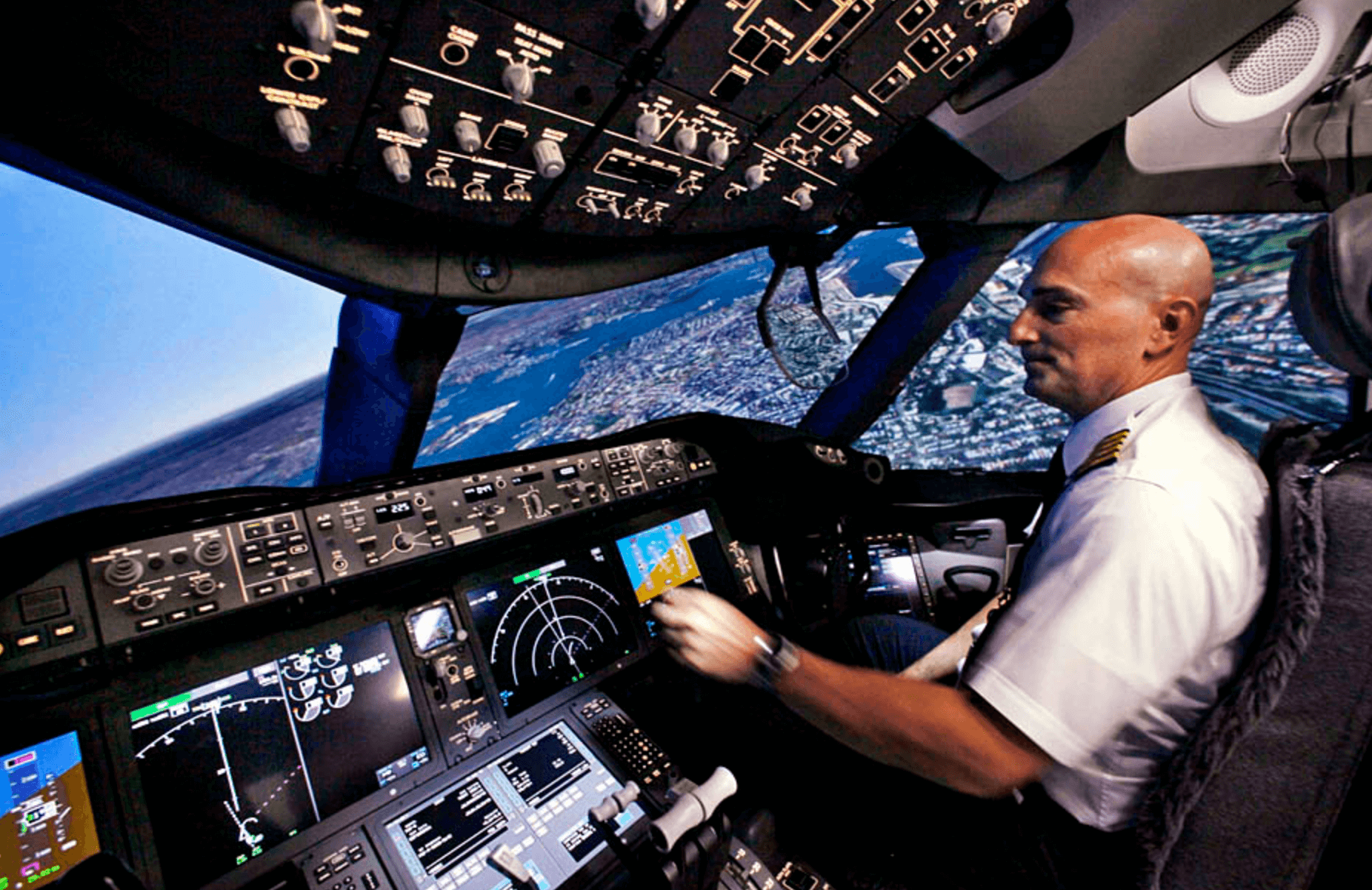 From a teaching point of view, modern flight simulators are excellent tools for pilot training. If the first practical classes happened in the sky, the instructors would have no ability to pause, give advice and restart missions. In simulator training, on the other hand, this is possible, and therefore the instructors can guarantee a smooth learning process as well as create new challenges for the students as they develop their aircraft handling skills. This possibility for detail orientated training offers an efficient training ground for learning to fly as safely as possible.

Simulators are expensive devises, but in the long run they are actually a more cost effective option, as in-the-air training hours come with a big price tag.

The Sky’s the Limit

Of course controlling and landing a big commercial plane, let alone landing one in an emergency, in the face of challenging or exceptional conditions, needs an experienced pilot with hands-on experience with a similar plane.

Where flight simulator training works to create a great base for pilots, it doesn’t minimize the importance of real flying experience. Usually commercial flights use an experienced pilot who can then have a less experienced co-pilot – a position where all new pilots start gathering their much-needed flying hours.