Flying is something people have dreamed of being able to do for ages. From Leonardo da Vinci’s first sketches of various flying machines to current innovations, like Uber’s planned flying cars due to be produced within the next twenty years, flying continues to fascinate the human race.

We’re even developing a method of space travel that doesn’t require actual fuel aside from electricity… it’s called EM drive, and it’s just about to start its testing. Imagine just taking a running start and leaping off the ground… there are already gadgets that will allow you to do that. Both relaxing and thrilling, isn’t it?

Well, if your next flight is a little ways off, and you like to spend time daydreaming and maybe even playing slots in the meantime, here are a few flight-themed slot machine games to keep you flying high.

Sky Way is an aviation themed slot game that offers the nostalgia of the gallant pilots of the 1940s, except that the heroine is a striking blonde who is the captain of a gleaming silver Zeppelin airship. The game design features her mechanic, a friendly looking chap with a pipe, and an older professorial type with glasses, wild hair and an arsenal of navigational gadgets. 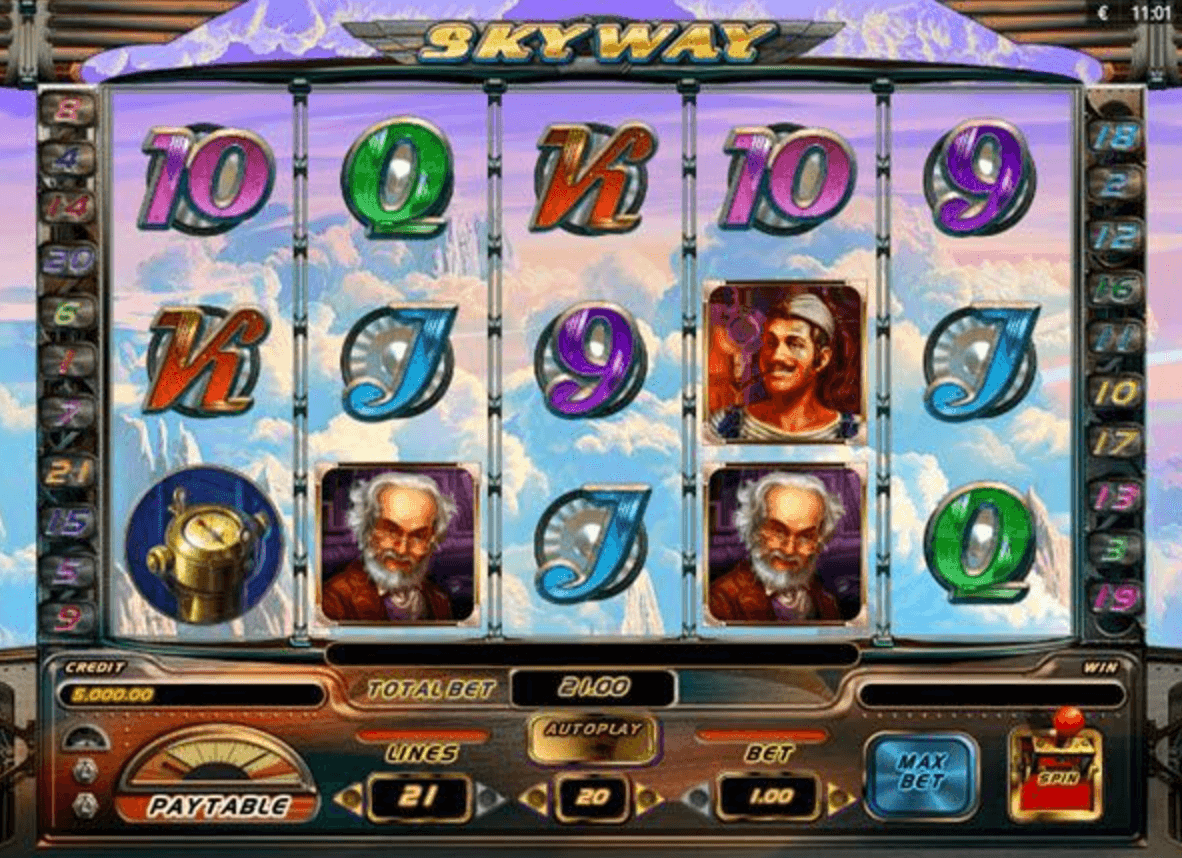 The graphics in this game are well done; the background is a gorgeous sunset sky teaming with pink and blue clouds moving in delicate swirls, while the reels of the game are set inside what is presumably the console of the airship. Winning symbols feature high quality animations that add to the striking visual element of the game. The soundtrack is current and is akin to something audience members can expect during the climactic part of an action film. The game boasts 21 paylines, and the Zeppelin is the scatter symbol. When it lands, it takes off, and you will too.

For those dreaming of being a fighter pilot, Microgaming has designed Flight Zone, in which the premise is that the player is a military pilot with specific missions to carry out. The game’s design reflects this in the graphics, which are created to look like an overhead view of targets in a war torn country. 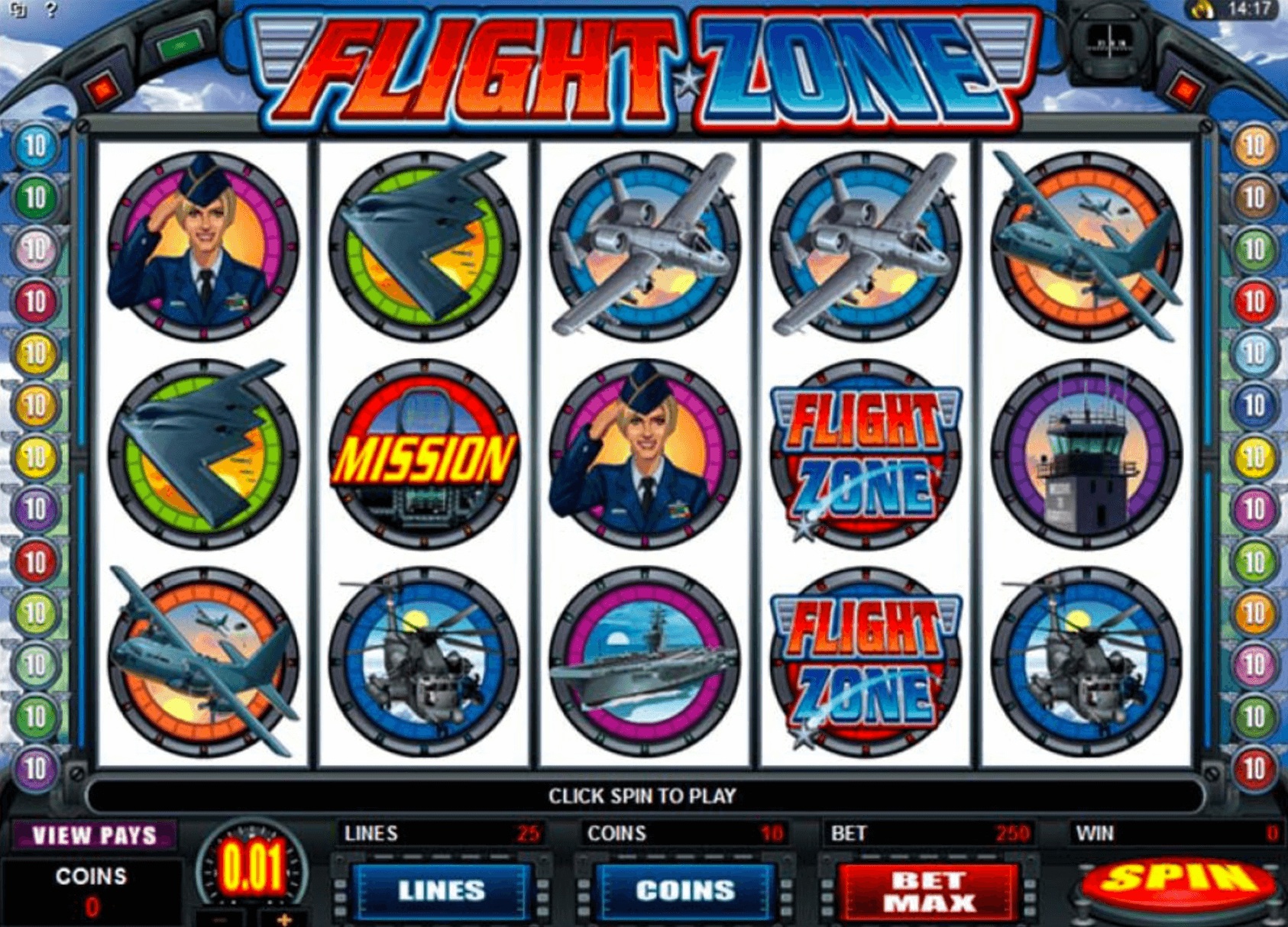 The game has 25 paylines and 5 reels, as well as a bonus round, scatters, free spins, a gamble feature, multipliers and a wild symbol. There are certainly a lot of chances to win here, while you are blasting the enemy to smithereens. The land missiles are, appropriately, the scatter symbol. The reels are designed to look like a mission brief, with high tech font and a pay table that goes over the target values. The game is available at more than 6 online casinos, each with their own bonus to entice players to hone their aiming skills.

Aeronauts takes players back to the early days of aviation, and is designed by Multimedia games. Set in the 1920’s, the game is designed with historical detail in mind, but with slightly fantastic influences. The introductory image shows a 1920’s style fighter plane, with an extra set of fabric wings extending from the metal ones, soaring over a blanket of clouds in the twilight. 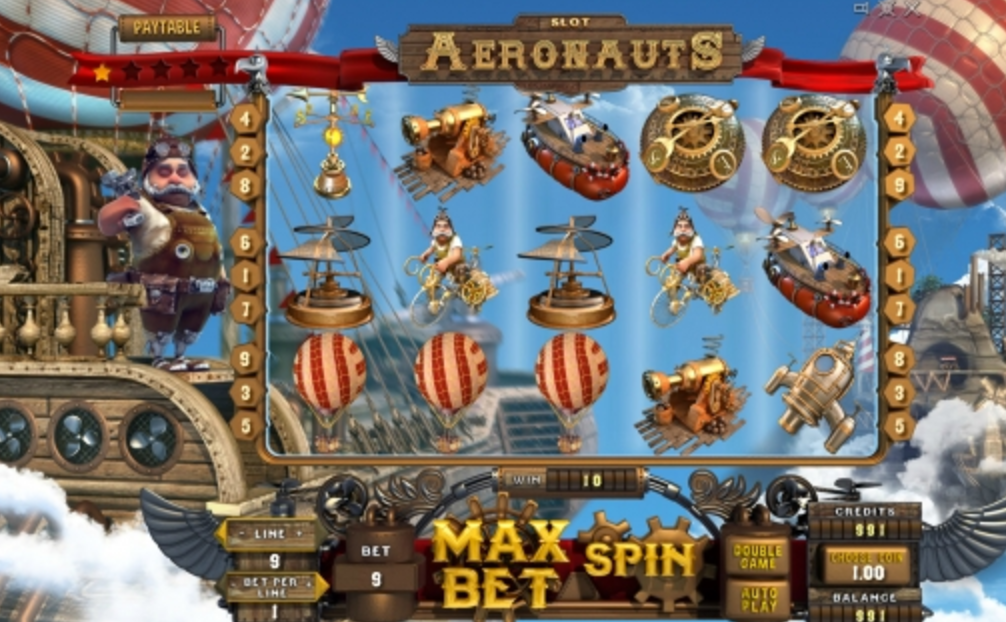 Aeronauts also has an abundance of wilds, scatters and other bonuses, like free spins, as well as a damsel in distress bonus round, in which the hero has to save a woman from abduction. All of these features make for plenty of opportunities for getting some nice wins in this game, which is sure to keep players rising to the highest heights. Bon Voyage!